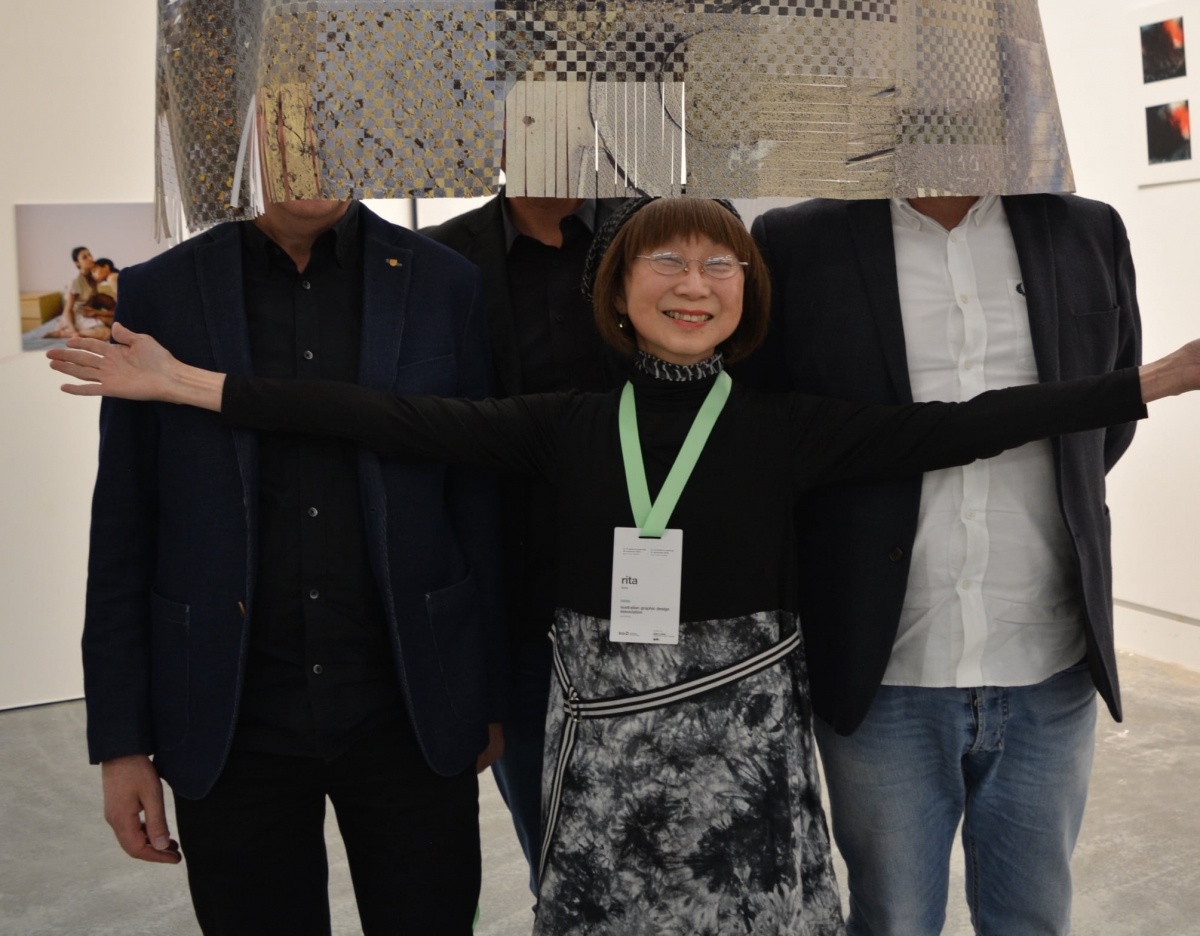 Last year, Keanu Reeves was asked: what do you think happens when we die? His deeply simple answer was that those who love us will miss us. I know that there are an awful lot of people who are missing Rita Siow right now.

She was loved and admired by many in our industry. She was a guide, a mentor, a staunch ally, a fierce adversary, a friend, a confidante, a woman who knew how to make things happen. I miss her immensely and I know it will take a long time for that feeling to diminish. So too, the tears.

Everyone has a Rita story and no doubt there have been many recounted this past week. As we move from shock, to grief and sadness, we will eventually move onto sharing our happiest memories of moments with Rita.

Rita was like no other. Her diminutive frame belied her powerful presence. Some of us affectionately joked that she was our Yoda. Wise in the ways of designers, she was. My last conversation with her was about the preparations for the AGDA Hall of Fame celebrations and the exhibition she was working on, Message in a Bottle. Our community has already begun the plans to ensure her current projects get delivered with her vision intact. It’s clear that people still don’t want to let Rita down. She has that affect on you.

From a personal perspective, Rita, and her husband John, both had a profound influence on my life as a designer. John was a lecturer of mine at the South Australian School of Design (now part of UniSA) in the late 80s, and Rita got me involved with AGDA at a local level in the mid 90s, introducing me to many designers around the country who I still count as friends. One of my fondest memories was when she asked me to curate an exhibition of young designers and street artists to help AGDA engage with younger designers. While we had to deal with some concerns from the SA council, Rita encouraged us to just do it. So we did. To this day, it is still one of the biggest AGDA events ever held in Adelaide, and showcased the work of some young designers and artists who would go on to bigger and better things. Anthony & Scott (Voice), Tobin (Rodeo), Drew (Working Images), to name a few. Rita had a knack for knowing when to break the rules for everyone’s benefit.

That was the thing with Rita, she made you believe you could do anything. She made me feel like I could be a leader within our industry and encouraged me to take on her role as the CEO of AGDA, a role I relished for many years. The experience changed me and shaped me for the better, and Rita knew this would be the case. I will miss her no nonsense approach to dealing with problems. Her compassionate ear when venting was a godsend in stressful times, but not as much as the advice that followed. Always practical and delivered with softly spoken authority. Rita’s way was almost always, the right way.

I will miss our coffee catch ups, our never-ending emails threads, and even your late night text messages hassling me to get something done.

But most of all, I’ll just really miss you, Rita.

We specialise in delivering high-impact graphic design supported by sound marketing principles. Our expertise is in brand design and visual identity systems for business.